Green building certifications are essential in meeting global climate targets, but here’s the issue: certifications like BREEAM and LEED refer to the intended energy performance of a building, in the context of its design and construction stages.

But happens once that building is occupied? The building’s energy performance on paper starts to look very different from the daily reality of its actual use. In fact, according to a RIBA CIBSE database, buildings tend to consume between 1.5 and 2.5 times the amount of energy originally predicted by their designers.

That means even smart or green buildings on paper could be running inefficiently in practice – and costing you money. This discrepancy is called the energy performance gap, and our free guide is all about closing it using the combined powers of building automation technology and real-time energy analytics.

What is the Building Energy Performance Gap?

The difference between promised energy savings in supposedly “smart” or “green” buildings and the actual energy performance recorded by a building’s submeters or energy management system is commonly referred to as the building energy performance gap.

Some researchers blame inept energy modelling techniques that fail to capture how buildings actually work, but a number of factors could be responsible for this discrepancy. These might include assumptions made at the design stage but could also be due to faulty building components, or a failure to communicate about intended energy use to building users, or we might chalk it up to plain old energy drift.

Energy drift is the concept that buildings do not perform, from an energy consumption standpoint, as well over time as they did when they were first built no matter what. The reasons for this vary changes made to set points and building controls, mechanical part wear, competent staff changeover, etc. The point is, that our buildings need a checkup every now and again to keep them running optimally – and this is true for any building, regardless of its age or green building certification.

How Does the Energy Performance Gap Affect My Building Operation Costs?

Building retrofit expert and CEM Nathan Gillette estimate that as much as 10-30% of maintenance costs can be incurred due to energy drift if a building performance is not analysed and optimised over time.

To mitigate some of these costs, building operators or facility managers tend to rely on their building automation system (BAS) to keep things under control – but automation is not enough to reach optimised building energy performance.

Similarly, a building energy manager or sustainability team might initiate an energy efficiency project in an attempt to get their building back on track. Usually, these types of projects are a one-off to get some quick wins or low-hanging fruit, but the building never gets back to its original level of efficiency. Auto-depreciation resumes again until another “one-off” Energy Conservation Measure (ECM) is implemented, and the cycle begins again, each time “restarting” at a degraded efficiency level.

To create what’s called the ongoing re-commissioning effect, it’s important to combine building automation technology and energy analytics rather than rely on one or the other in isolation.

Learn how you can optimise your building performance by complementing building automation and control systems with energy analytics in our latest free guide: 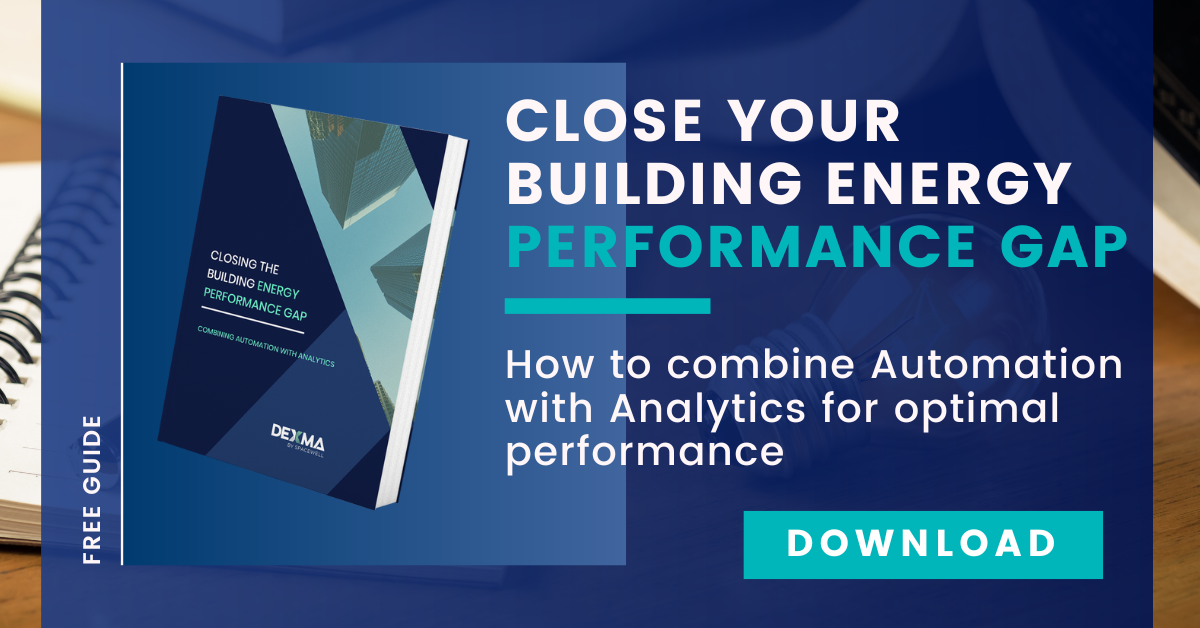