Europe is often cited as the most progressive continent in terms of climate change policy.  The European Union has set a goal of no net greenhouse gas emissions by 2050.

The European Green Deal has been established as a collection of policies to provide an action plan to achieve this milestone. This includes key initiatives such as the Renovation Wave and reviewing existing European Directives, such as the Energy Efficiency Directive.

One of the main sectors directly affected by these policies is the energy utility sector. Not only are there significant requirements to transition from fossil-fuel based energy generation to renewables, but also for retail utilities to improve their customers’ energy efficiency.  Since buildings account for 40% of the total energy consumption in Europe, this is a key focus area.

This article will firstly investigate current European climate change and energy policy, and achievements to date. We will then take a look at what exactly is required of retail energy utilities after the new wave of post-Covid regulations, and ways in which to achieve these.

For many decades now, the EU has had particularly progressive policies towards addressing climate change, especially when compared to other continents.

Motivated by the legally-binding Kyoto Protocol, the EU achieved a greenhouse gas emissions reduction of 8% during the first commitment period from 2008 to 2012, significantly exceeding the initial requirements.

As part of a revised set of targets for 2020, the EU Climate and Energy Package specified:

While accounting is still to be finalised, the European Environment Agency (EEA) expects Europe to meet or exceed the first two targets around total emissions and energy generation. However, the EEA expresses concerns about the EU fulfilling its target around energy efficiency, with particular focus on the variability in performance amongst European member states. Clearly, this means that energy efficiency needs to have an even larger focus for future milestones.

The next goal post for Europe’s move towards greenhouse gas neutrality is 2030. The EU’s 2030 Climate and Energy Framework and its commitment to the Paris Agreement has outlined these key aims:

In addition, recent developments as part of the European Green Deal have proposed an even more ambitious reduction in greenhouse gas emissions of 55%. Final proposals around this are expected in mid-2021, to address the gap still existing between the expected impact of current scheduled initiatives, and this 55% target.

To sum up, Europe has been both ambitious and largely successful in its efforts to curb greenhouse gases, managing a decrease of 24% between 1990 and 2019, while the economy grew by around 60% over the same period. However, the targets set for 2030 and 2050 will require considerable action from all sectors to achieve success.

What do Utilities need to achieve by 2030?

So far, we’ve covered what is expected of Europe in terms of climate change action in general, but what about energy utilities in particular? While the exact pathway to the 2030 targets is still being finalised, we do know that the EU expects to address several relevant directives and standards.

As we saw before, performance to date in addressing energy efficiency has been lacking, so let’s take a look at the current requirements of the Energy Efficiency Directive. This sets energy efficiency obligation schemes (EEOS) and funding as the key mechanisms for reducing energy consumption across the board.

This needs to be fulfilled by Obligated Parties, which are the main organisations with impact on energy consumption, including energy generators and retail energy utilities. The directive makes it clear that for each year from 2021-2030, annual final energy consumption needs to decrease by 0.8%.

Member states contribute to these goals through their National Energy and Climate Plans (NECPs).  The cumulative efforts involved with the existing NECRs still show a significant gap compared to overall targets, so member states must do more in order to be successful.

As such, new initiatives like the Renovation Wave for buildings are playing a key role.  Since buildings account for 40% of the EU’s energy consumption and approximately 90% of existing buildings are expected to still be standing in 2050, they are a natural target for improving energy efficiency across the continent.

However, only 1% of buildings currently undergo  energy efficiency renovations each year. This is not enough, given that energy consumption in buildings needs to be reduced by 14%-18% to reach the anticipated 55% emissions reduction target by 2030.

To enable this to happen, it has been estimated that 35 million buildings will need to be renovated between now and 2030. While this seems like a monumental task, this is expected to create 160 million new green jobs, and presents a significant business opportunity for retail utilities to become leaders in this space.

How do I start to get my Utility on track with the new EU obligations?

1. Well, firstly, you need to know your specific obligations. This will depend on a number of factors, including which country or countries you operate in. Start by taking a look at the NECPs for your country/countries, paying close attention to the obligations of retail utilities, especially in countries such as Ireland, Austria, Slovenia, Bulgaria, Luxembourg, Poland, Greece and Malta.

Also keep a lookout for changes, because the EU assesses each Member State’s progress every 2 years and adjustments to NECPs can still be made.

2. Once you’ve established your obligations, it’s time to look at how to take action, both internally in your utility, and for your customers. Remember, that digitalisation should be at the heart of green growth, allowing for monitoring and optimisation of pollution levels, energy consumption, and use of natural resources.

Let’s take a look at a real life example: energy retailers in Ireland.

As Obligated Parties, retail utilities in Ireland used a range of measures to complement this to achieve their obligations. These included:

As an example of the last point, DEXMA has developed the DEXMA Detect product for SME customers. This allows energy retailers and their customers to understand their energy usage profiles in detail, and provides specialised recommendations for each customer.

Capitalising on this insight, energy retailers can better engage with their business customers and provide them with easier and more suitable solutions to contribute to their national energy efficiency initiatives, whilst complying with national regulations. Similar products have been used by Electric Ireland and other European utilities to fulfil their energy efficiency obligations.

In conclusion, we’ve seen that Europe is a progressive continent in terms of energy and climate change policy, with ambitious targets set for the next few decades.

At the heart of this have been initiatives like the European Green Deal, but energy efficiency still remains as an area where targets are not being met satisfactorily. As such, initiatives such as the Renovation Wave have aimed to significantly reduce energy consumption in buildings, which are the largest single type of contributor to energy emissions in the EU.

In order to comply with obligations, Member States set up their own policies, and specify who is responsible for taking action. In most cases for energy efficiency initiatives, retail utilities must take a central role, and we’ve examined the case of Ireland as a case study here. Digital technologies, as well as utilising specialist teams were a theme across successful utilities.

Retail energy utilities can do many things to ensure they are not only achieving the best outcome for their customers, but also solidifying their places as key contributors to the solution for climate change. 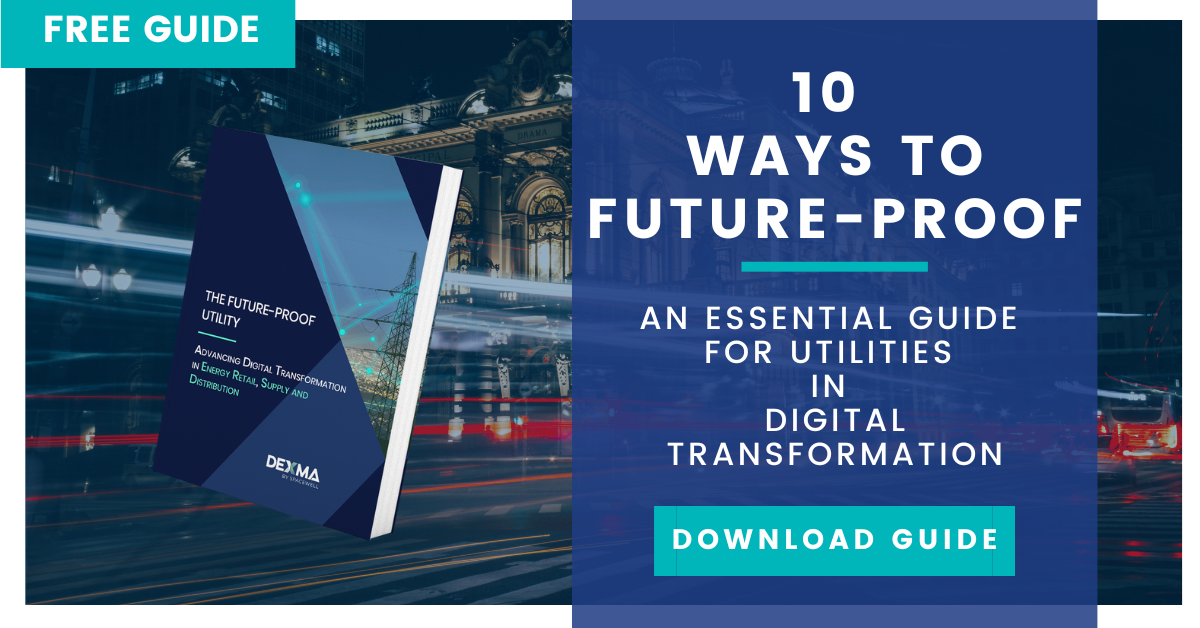