The fact that Internet is the king of today’s world is nothing new, but do we know what its energy cost is and how it will affect future consumption?

It takes a fair amount of power to keep the average desktop computer going.  Let’s say it sees 12 hours of operation each day, staying in hibernation the rest of the time (during which it draws only a tiny amount of power to keep everything stored in RAM) — that’s enough to significantly change the sum of a monthly electricity bill.

Now think about the cumulative impact of the billions of computational devices that exist today: fewer personal computers than in previous years, but vastly more smartphones, plus tablets and servers. And then there are the myriad other internet-connected devices that fit into the developing IoT — on aggregate, they certainly complicate matters.

The point of this preamble is to achieve two things: firstly, to get across just how immense the computational demands of the digital world are, and secondly, to establish from the offset that gauging the energy use of internet activity alone is a very complicated matter. How complicated? Let’s make an effort to unpack things:

Factoring in all the energy

The internet isn’t a clearly-defined physical entity, so we can’t simply grab a power meter and see what it’s drawing. Furthermore, we need to think not only about what it takes to keep internet devices powered on but also what it takes to keep them in operation. Hardware must be maintained, and repaired or replaced when it fails. That all requires energy.

I’m currently typing this on a desktop computer, which uses a 1000w supply to power the ethernet connection (and everything else, of course). That connection runs through to an access point, which is powered by a switch that connects to the fiber optic cable used by the ISP. After that, you venture into a complex world of routers and servers (plus mobile data connections).

Everything throughout that process draws power, and even the computer power is mainly in service of using the web — particularly at the moment, since I’m using Google Docs. Should all of it be considered as energy that the web consumes? Without it, I wouldn’t be using the internet, so I wouldn’t say you can discount it.

This should make it abundantly clear that the fundamental calculation is… tricky, to say the least. This is one of the main reasons why two people trying to make the same assessment could come away with wildly-different answers (though not the only reason, as we’ll see).

You don’t get points for originality, so when trying to answer this question, it makes the most sense to look to existing studies — if someone has already answered it accurately, then there’s no need to dwell on it. So let’s see what’s out there.

How about this study from the KTH Royal Institute of Technology in Sweden? It inferred that the internet was accounting for about 10% of the world’s energy use, up from 8% two years prior. However, this study was released in 2014 — and given the pace of technological development, it’s extremely hard to gauge how things have changed in 5 years.

Or we could look a since-updated 2016 study from Huawei researcher Anders Andrae, in which Andrae determined that the ICT industry accounted for 3-5% of the world’s power expenditure in 2015, but could rise to as much as 20% by 2025. That latter figure is certainly alarming, and doesn’t seem outside the realm of possibility.

But what of that disparity? 8% in 2012, 10% in 2014, 3-5% in 2015? What it clearly shows is that there’s no clear methodology for answering the titular question. To definitively answer it, we’d need to agree upon what counts, what doesn’t, and in what specific ways the measurements should be made — except infrastructure is updated so quickly that you what you were measuring would change before you were finished measuring it.

Towards the Internet of Energy (IoE)

Due to everything we’ve seen thus far, trying to get into specifics with the main question here is a fool’s errand. You might as well try to say how many grains of sand exist in the world. Regardless, one thing that can be determined is this: the internet draws a lot of power, and the situation is only going to get worse. Estimated at $3.5T today, the ecommerce industry is predicted to hit $4.9T by 2021, and that online activity certainly won’t come for free.

Consequently, finding ways to run it more economically is important for various reasons, which is when we must look at the Internet of Things (IoT). It may be adding to the energy drain, but it isn’t all bad: applied to energy production infrastructure, it gives rise to the Internet of Energy (IoE) — a system for optimising the generation, storage and distribution of energy. Through using widespread sensors and machine learning, we can massively reduce energy waste, and ensure that the ever-increasing power demand of the internet is put to the most efficient use.

Just think about how much power is wasted by systems continuing to operate in a state of readiness when they’re not required to. Smart low-powered background systems could enable and disable power supply as needed, significantly reducing demand. Simply installing DEXMA Energy Intelligence can enable a business to markedly reduce its energy consumption, so imagine the impact of yielding such results throughout the industrial world.

And then there’s the matter of energy flow: when electricity is distributed throughout a grid, conductivity issues along the way often lead to energy loss, so there’s a lot of room for innovation. There are numerous systems in testing and development, such as ultra-high voltage transmission (UHV): it can transmit electricity significantly more rapidly and effectively than comparable systems, and it’s being rolled out in China to serve power to isolated regions. Couple some similar updates to physical infrastructure with some AI-driven efficiency improvements, and we could see some major progress.

Wrapping up, it’s been clear for a long time that the sheer magnitude of the internet poses some major problems when it comes to energy consumption — and while we can’t usefully tell exactly how much it consumes, we can get some inkling of how big the problem will get if we don’t take action to address it. 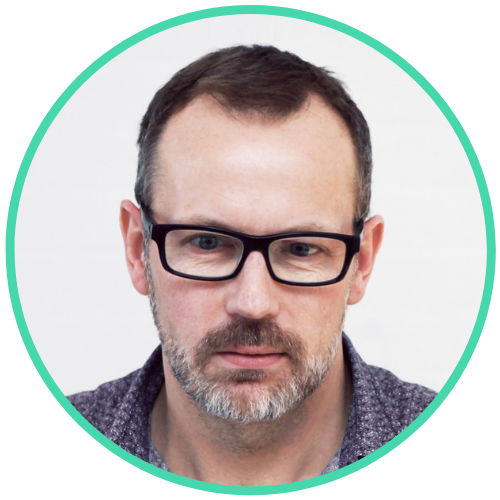 Visit Patrick’s blog or follow him on Twitter @myecommercetips for the latest advice on Ecommerce, marketing, SEO, and how to develop your business strategy in these areas.