You probably heard the massive news yesterday (even Barack Obama tweeted about it, you guys): Bill Gates and a bunch of fellow tech titans announced the launch of Breakthrough Energy Ventures: a billion-dollar clean energy investment fund that every energy manager should know about! Read on to learn how to unlock this shiny new funding source for your next energy project.

What is Breakthrough Energy Ventures?

The aim of the fund is to invest “patiently” in the commercialisation of emerging technologies that reduce emissions in electricity generation and storage, transport, industrial processes, agriculture, and energy efficiency.

Joining the Microsoft co-founder to direct BEV are fellow titans of the tech industry including Jack Ma (Alibaba), Hasso Plattner (SAP) and renowned investors John Doerr and Vinod Khosla. BEV will also benefit from a star-studded A-list of initial investors, including Jeff Bezos (Amazon), Richard Branson (Virgin Group), Reid Hoffman (LinkedIn) and Masayoshi Son (SoftBank). Collectively, they are worth almost $170 billion, although only a fraction of this amount will be invested into the 20-year fund.

In order to know where to invest to have the greatest impact against emissions creep, the board has mapped out what they are calling the Breakthrough “Landscape of Innovation.” This landscape is comprised of 5 key areas, called “Grand Challenges”, which represent the biggest contributors to global greenhouse gas emissions. Two of them are directly related to energy efficiency, and inform 55 “Technical Quests”, each with several different “Investment Pathways”:

How can we deliver reliable, affordable zero-carbon electricity to the world?

Most of the innovation potential in the area of electricity involves driving down costs and improving quality of technologies we already use, such as making them more intelligent and efficient. Although BEV places the emphasis of this challenge on innovating renewable energy generation, an encouraging focus is also placed on finding new and better ways to use, transmit, control and store electricity.

How can we eliminate emissions from our homes, offices, hospitals, and schools?

Combined emissions from buildings contribute nearly 20% of global greenhouse gas emissions, so the mission here is to design and build the next generation of buildings smarter, cheaper and more efficient.

The technical quests for this challenge are divided in innovating small-scale efficiencies in heating, cooling, windows, lighting and appliances, and tackling large-scale problems such as building level electricity, thermal storage and next-generation building management.

To take the example of building energy management, here’s what BEV has to say:

“Optimal building energy management approaches represent a significant opportunity for major emissions reductions through more efficient building operation. Through the development and deployment of next-generation sensors, controls, and energy management systems into new construction and retrofit applications. Although these technologies and systems exist today and are improving rapidly, they must become dramatically more affordable in order to be adopted at scale.”

Check out these additional relevant technical quests for energy managers:

How can I access funds for my energy breakthrough?

According to the official BEV website, your innovation must meet four criteria in order to get the goods:

To sum up, what we know so far… isn’t much

Although the Board of Directors already held their first meeting this weekend at the Four Seasons in Seattle, the Breakthrough Energy Venture fund’s management team has yet to be recruited. That process is expected to finish within the next 3 months, according to Gates.

It’s not unreasonable to conjecture that Gates & co. might be waiting to see how the new administration plays out (surprising no one, Trump decided to double down on doubting the reality of climate change on the same day as Gates’ BEV announcement).

Now that you know all about the Breakthrough Energy Venture fund and what it means for energy managers, let’s agree to keep a collective eye on it to learn more about exactly how this capital will be meted out. For now, nobody knows! In the meantime, here’s a guide to energy project finance for money that’s far easier to get your hands on while waiting for those large-scale, long-term private investments like BEV.

After all, take it from Mr. Gates himself, who knows a thing or two about money – governments are still the only ones with the resources (and risk protection) to invest in fundamental research for breakthrough advances that can carry the risk involved. So we put together this handy little guide to how to benefit from those public investment funds: 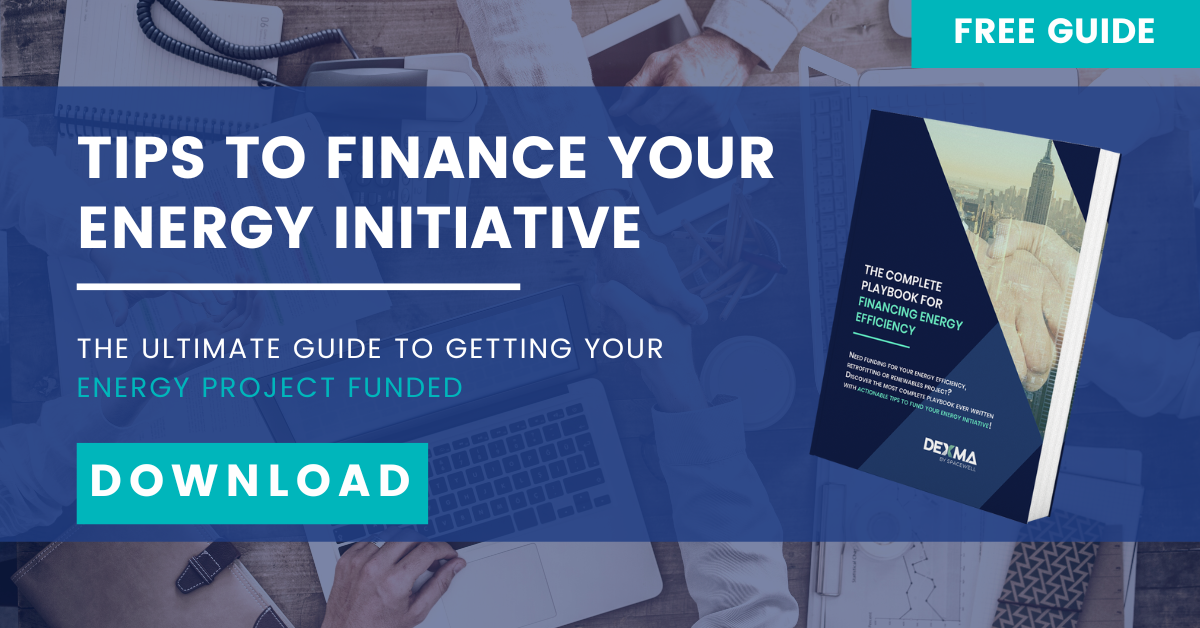