Are you up to date with the latest innovations in the startup world?  Here are 6 Startups that have developed very interesting ideas to switch to the side of Clean Energy: 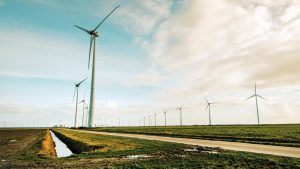 The rise of startup culture has been a great thing for everyone with a passion for innovation. More and more people are taking the risk of striking out on their own, pursuing their personal ambitions with drive and courage, and that’s exactly what’s needed to solve some of the most pressing issues that face human civilization. Case in point: the damage caused by abuse of fossil fuels, and the immense need for fresh alternative energy sources. The modern world consumes energy at a comical pace, and it isn’t viable to double-down on oil and coal. We need technology to safeguard the future by helping us move to more sustainable methods.

On that note, there are some good reasons to be optimistic. Much as some threats remain agonizingly unaddressed by governments and big businesses, some startups are doing exceptional work to lead the way. Let’s take a look at six clean energy startups that are proving impactful for good reasons:

Energy storage is a big problem in the clean energy world because major clean energy sources aren’t consistent. Solar energy generation varies with cloud coverage and the time of day and becomes a non-starter at night. Wind power is almost useless when the breeze dies down. Energy demand may peak during the daytime, but it doesn’t go away at night, so there’s still a fair amount of power needed on a 24/7 basis.

What’s needed is to store as much power as possible while it’s being generated, so that it can be distributed as needed while those energy sources are ineffective. This is what Nostromo Energy is trying to assist with through developing water-based energy storage.

Instead of using modern battery packs as capacitors, the idea is to use a modular cell that stores thermal energy to handle the cooling technology that often draws the most energy during off-peak hours. For instance, if a building requires a lot of refrigeration (a restaurant, for instance), then instead of drawing power from the grid to keep things cool, it can use a thermal cell. Power that cell using clean energy during regular hours, then let it run during the night.

Solar power is the cornerstone or the clean energy world and has been for quite some time, but there’s still a lot of room for improvement. More widespread distribution of panels is important, yes, but it also matters that we get the placement right. HST Solar works to optimize that element and increase the energy return on investment.

In essence, its AI-driven system analyzes site topography to determine the best possible arrangement of solar panels, ensuring that they’re exposed to as much light as possible. It contends that building a solar panel site in line with its tool’s suggestions (instead of through manual design) will reduce the cost of the energy generation by up to 20%.

Wind power is great, but building wind farms is expensive and complicated. People sometimes reject the notion of living near a wind farm, and since it isn’t intended to be a profit-driver, it doesn’t interest most property developers (and they tend to own a lot of land). How do you harness this immense resource without having to overcome these hurdles?

Well, with kites. Kite Power Systems is a UK-based company that offers a kite-based wind power generator. It’s more reliably effective (using two kites, each generator can adapt to changing weather conditions), it’s far easier to place and operate, and it’s even easier to maintain and repair if something goes wrong.

And since a kite can be extended to the point of being higher than a turbine can go, it can generate more power in good conditions. It’s simply a straight upgrade from the turbine system in almost all areas, making it perfect for global use.

You’ve likely heard a lot about 3D printing in the past decade, seeing it move from an interesting new concept to a practical reality for individual hobbyists and mass manufacturers alike. Being aware of the mounting need for clean energy, and seeing the scalable potential of 3D printing, Utilight was formed to offer a better way of building solar panels.

There are two key advantages to Utilight’s process: firstly, it’s simply more economical to use 3D printing to produce solar panels (doing away with the manual labor and cutting material costs), and secondly, it produces solar cells that are more efficient. You save money creating your panels, and they work more effectively at the end. That’s an unequivocal victory.

Road traffic is a big problem when it comes to the consumption of fossil fuels, and the slow move towards using electric vehicles isn’t enough to address it. Even Tesla has encountered what you can call a franchise problem because the buyer wants to benefit from the efficiency without shouldering the cost of the initial investment. So how do we claw back some of that expensive energy commitment? We make it more efficient by drawing from the energy produced but not used for the motion of the vehicles.

Here’s how the Roadway Energy X (REX) platform from Constructis works: it’s buried within a busy road, and slowly generates power from the vibration that results from vehicles passing overhead. That energy isn’t much overall, but that steady trickle adds up over time — and if you had that system installed in roads across the world, the yield would be something formidable.

It can be compared to the Kinetic Energy Recovery System (KERS) introduced to Formula 1 cars in 2009: KERS uses some of the energy produced by braking to fuel the car, drawing from what was previously just wasted. This just moves the implementation to someone much easier to reach (and much more broadly applicable).

As noted, wind and solar power don’t produce energy on a consistent basis — but geothermal power is consistent, and the energy industry needs to get better at using it. Fervo Energy is a US-based startup that works on geothermal system technology to reduce costs and improve operational efficiency, allowing it to be used far more widely.

The company’s goal is a future of 100% clean energy, and if we can break new ground with geothermal technology (and supplement it with other forms of clean energy), we can have a solid foundation: steady power generation to handle around-the-clock needs, and more sporadic sources to deal with spikes in demand.

Each of these six clean energy startups is achieving great things and working hard to build a better future for everyone. If we’re ever to move past the tired and ever-threatening reliance on fossil fuels, we need more companies like these. 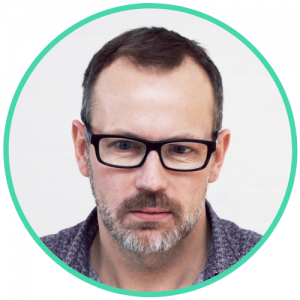 Visit Patrick’s blog or follow him on Twitter @myecommercetips for the latest advice on Ecommerce, marketing, SEO, and how to develop your business strategy in these areas.

If you liked this article, we invite you to subscribe to the most innovative Energy Efficiency blog on the web: