Green Building is already widely adopted globally, with strong growth expected in most countries, but most particularly in the developing world. Let’s talk today about trends in Green Building with the World Green Building Trends 2016 SmartMarket Report.

World Green Building Trends 2016 SmartMarket Report is a study that demonstrates one of the most remarkable trends in Green Building, which is its continuous influence to construction in both developed and developing economies.

Let’s summarize the key findings of the report presented by Dodge Data & Analytics and United Technologies.

The report is free to download, and you will find it here.

The Future of Green Building

A key takeaway from the study is that global green building continues to double every three years. Emerging economies like Brazil, India, Saudi Arabia and South Africa will be engines of green growth in the next three years, with development varying from twofold to sixfold over current green building levels. 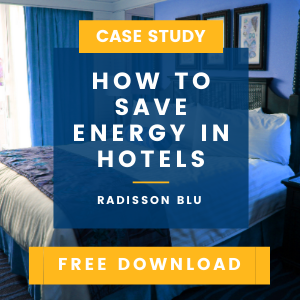 The results also reveal that expansion will continue in developed countries like the US, Germany and the UK. Across all regions, many respondents forecasted that more than 60% of their projects will be green by 2018.

“The global commitment to green building is transforming the built environment.”

However, priorities for building green vary widely by region. For example, while encouraging sustainable business practices is an important reason for building green in most countries, it carries little weight in Saudi Arabia, where increasing worker productivity is a critical factor.

Similarly, energy conservation is also key universally, but in some countries, such as Brazil, Colombia, Australia and China, protecting natural resources is considered a priority by nearly as many respondents.

In terms of obstacles, in many developing green markets (India, Brazil, Poland, Colombia) there is a prominent lack of public awareness and lack of political support or incentives.

There prove to be strong benefits for building green reported globally. This is based on increased measurement of green building impacts and is pretty consistent across the globe except for in terms of payback periods for the cost of additional buildings.

In the report link above you will find a detailed list of how each country currently deals/ would deal with green building implementation.  Each country differs in the pace of growth in green involvement, triggers and obstacles impacting growth and benefits noted by companies.

In 2012, and then again in 2015, Dodge Data & Analytics conducted a study of global green engagement that determined that green building was emerging as an important trend in the global construction marketplace. They measured the level of green building activity in each country with South Africa, Singapore, India, and Mexico as leading.  Overall green building is nearly one quarter (24%) of the total share of construction activity and by 2018 it is expected reach 60%.

The countries expected to have the highest growth in green building by 2018 are Brazil, China, and Saudi Arabia.

Large scale urbanization is underway in developing countries… government leaders, city planners and private consultants are pushing hard to meet demand, including the development of sustainable and smart megacities.

Overall there’s a major appeal to sustainability.  According to Jason Prior, chief executive of buildings and places at AECOM…urbanization has driven high demand for new and improved cities.  Thus many planners are competing against other cities to attract commercial investments and residents.

Each country varies with particular triggers so we strongly recommend you to access and download this fantastic report to check the differences, and adapt your work with energy efficiency plans to the countries where you’re working at the moment.

And remember that this kind of studies or reports are not done alone! And they are even better with collaboration.

We’re currently performing our own trends survey for energy efficiency in 2016 and we need opinions like yours!